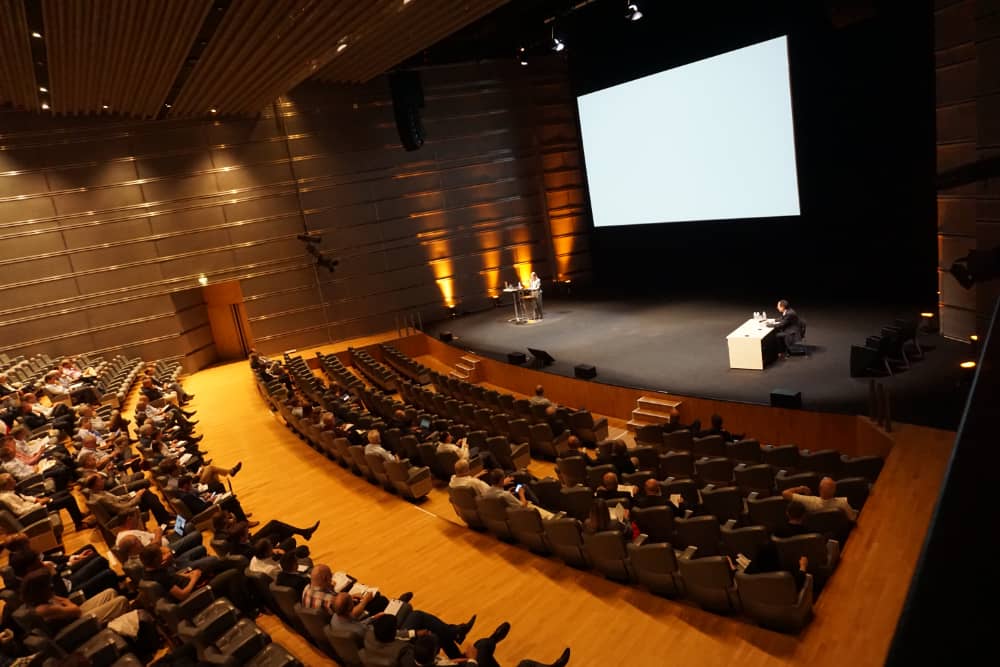 The 7th Conference of the European Society for Sugar Technology (ESST) and Verein Deutscher Zuckertechniker (VDZ) took place in Reims, France, on May 22-25, 2022, and it was organized this year by Dirk Blecher, President of the VDZ’s Mitte branch.

A total of 387 participants from 24 countries were registered for the meeting held in the Conference Center of Reims. The guest program was attended by 23 participants. These numbers make it the most well-attended ESST conference in the history of the organization. This record number came about despite the Covid pandemic.

A meeting of this size would have not been possible six months earlier. Compared to the Poznan meeting in 2019 there were fewer participants from Asia, especially Japan. 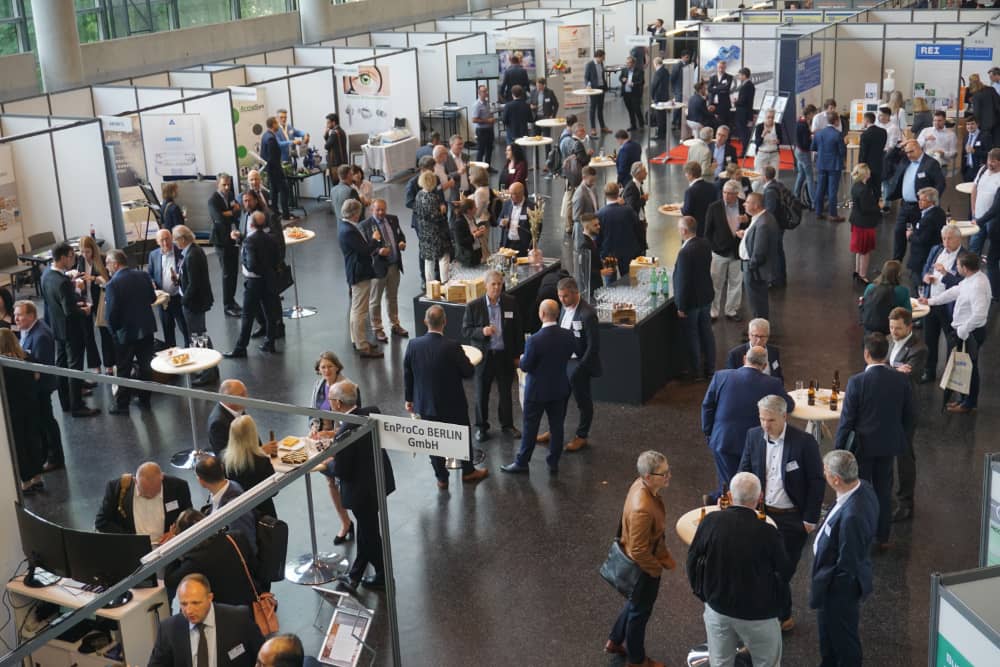 The 7th ESST/VDZ conference had been originally scheduled to be held in Liège, Belgium in May 2021. The pandemic forced the organizers to postpone the conference by one year to 2022. Before taking the decision, they had intensively discussed a combined online/face-to-face meeting, but had come to the conclusion that the costs would have been too high and the attractiveness of the exhibition would have suffered. As a result, the postponement, which was decided in early 2021, was the only option. At the time the ESST Program Committee had already finalized the scientific program for May 2021. Luckily, after the postponement nearly all presenters agreed to give their presentations one year later. In addition, a new call for papers resulted in several interesting papers for the conference. 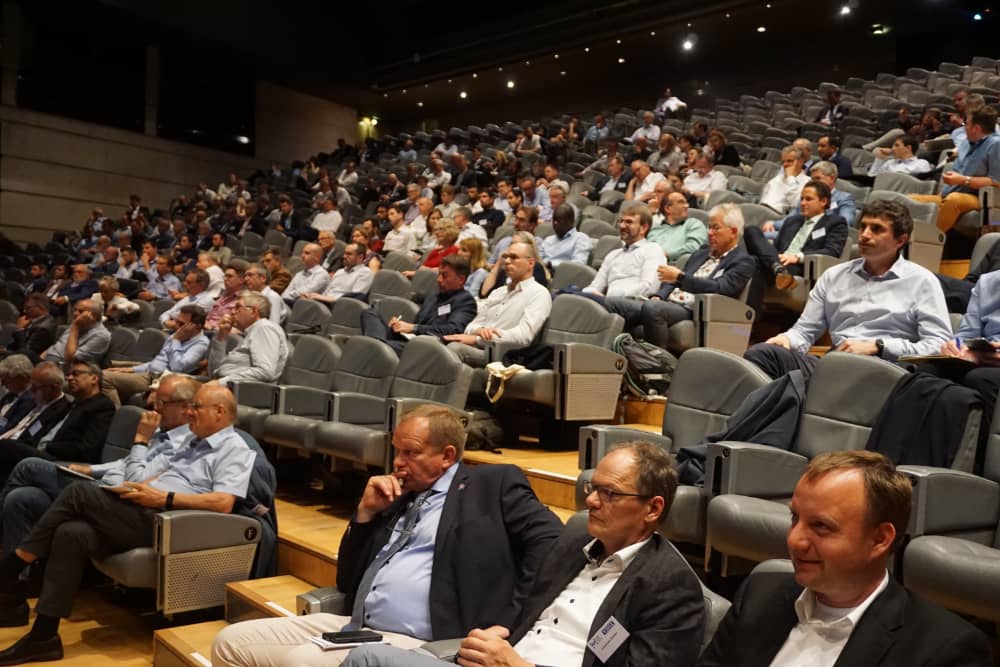 Participants of the conference during a presentation

The Reims conference center is an ideal place for a conference of this size. It has a 2000 m2 daylight-illuminated exhibition hall combined with a 1000-seat theater. The exhibition hall fitted the 56 stands of the exhibitors and had sufficient space for networking during the breaks. 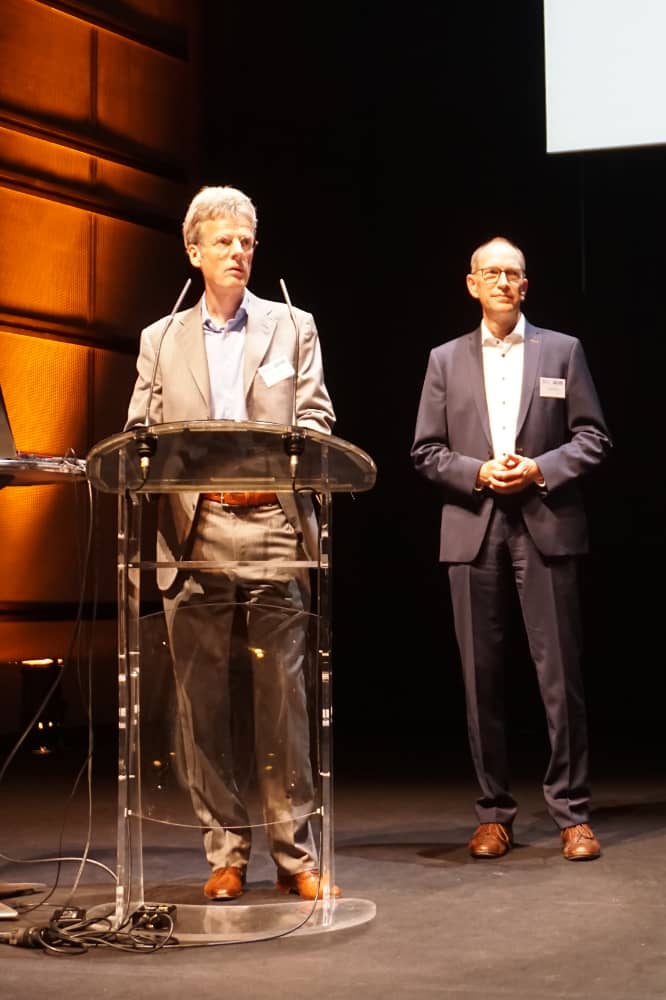 During the ESST Council Meeting, ESST-President Bram Fetter noted that the second ESST-financed research project under the title Influence of exopoly-saccharides on beet processing at the University of Lodz has been successfully completed by Dr. Maciej Wojtzack. In 2021 the ESST Board had decided to support the project Beet structure at the Institut für Zuckerrübenforschung in Göttingen. Prof. Christa Hoffman and Stefan Frenzel presented the first results of this project during the conference and the ESST Scientific Committee Meeting.

The Council elected the following Executive Board members for the 2022-2023 term:

On May 23, the ESST Scientific Committee held its regular meeting under its President Piotr Wawro. Members discussed the proposals for new research projects to be supported by ESST. Maciej Wojtzack reported on the result of his ESST-funded research project.

In addition, three presentations were given:

Prof. Hans-Joachim Jördening and Giorgio Pezzi resigned from the Scientific Committee after their retirement. The Committee did not choose any new member.

The conference was opened by Presidents of VDZ and ESST, Harald Powitz and Bram Fetter, respectively. This was followed by 27 presentations and 7 short presentations with poster. In addition, there were 15 posters, a record number for an ESST conference. The abstracts of the papers have been published in Sugar Industry No. 5 and are available on www.sugarindustry.info (Technical papers).

The main themes of the conference included:

Two Plenary Presentations on the highly topical theme of CO2 reduction were showcased:

During the meeting ESST officially launched the SweetIoT platform. SweetIot is a working group of ESST members, sugar producers and suppliers, which aims at identifying opportunities in digitalisation and IoT, and showing routes for their exploitation for the sugar industry. ESST wants to establish an industry-driven pre-competitive working group open to all stakeholders along the sugar value chain.

Prof. Stefan Scholl of Braunschweig University and Arend Wittenberg of Nord-zucker introduced the project, which has been supported by a core working group since last year, when the project was first discussed at the VDZ meeting in Kassel.

A break-out session attended by about 30 participants discussed in three groups the following themes:

Further information is available through mail@esst-sugar.org

All participants were offered the chance to vote online for the Best Paper Award, which is given out at end of the conference. Nico Antens from Cosun Beet Company won the award with the paper, co-authored by M. van Dijk and M. Roukema, “Flash cooling crystallization: a novel technology for the sugar industry?”. It is the second time after 2017 that Nico Antens won the Best Paper Award. Sébastian Schellen of De Smet Engineers came with a tiny margin second this year.

Photos of the Conference

Additional photos from the conference are available on: https://sugarindustry.info/7th-esst-vdz-conference/

The next ESST/VDZ conference will take place from May 5 to 8, 2024. The exact location is yet to be determined. 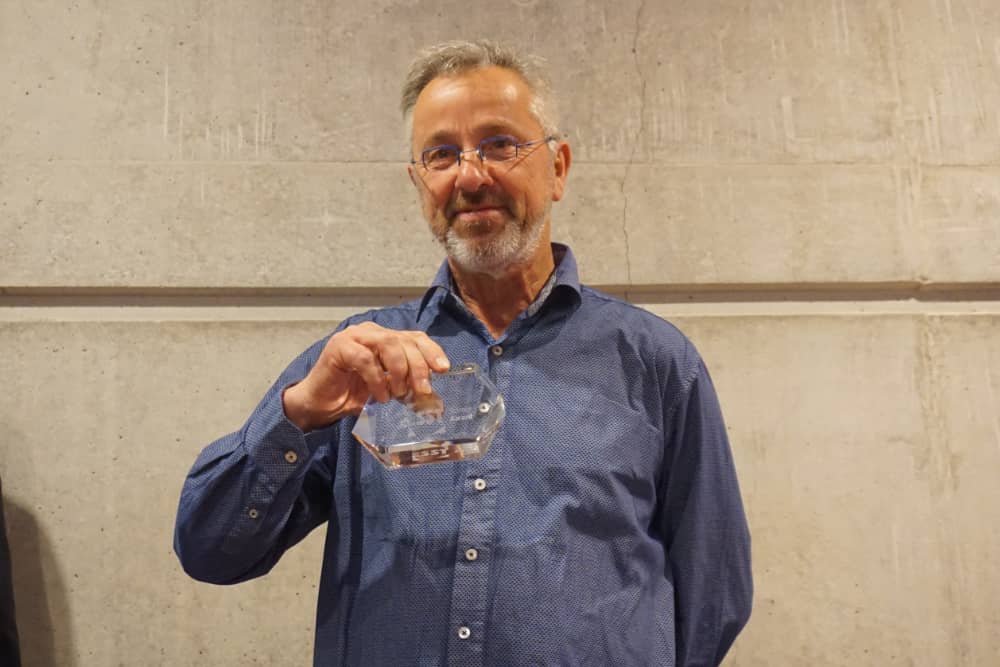 Jan Struijs with the ESST Science Award, which was presented by Piotr Wawro, President of the Scientific Committee during the confernce dinner

Jan Struijs studied Analytical Chemistry and in 1981 he obtained a degree in Chemical Engineering in Breda, the Netherlands. Also in Breda Jan started his professional career in the beet sugar industry in 1982 as a project leader at the Central Laboratory of CSM Suiker BV, which was at the time under the directorship of Pieter van der Poel. As a project leader Jan was occupied with sugar technology in general (including technological research, operational support and optimization of the sugar factories) and specialized in energy savings (including modelling and energy reduction design).

In 2010, he was elected as a member of the ESST Scientific Committee. He has been actively engaged in the ESST subcommittee on “Nitrite in Feed” from its beginning in 2011. He is a member of the Verein Deutscher Zuckertechniker.

During the course of his career, Jan has become an experienced specialist in almost every step of beet sugar production. Jan has published about 40 articles and publications during his time in the sugar industry. 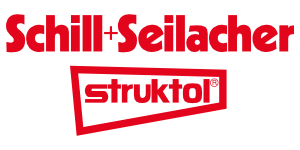 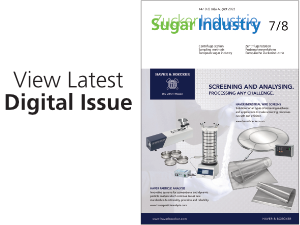