Verlag Dr. Albert Bartens KG is the publisher of the ICUMSA methods. The methods are available

All products can be purchased in our online-shop. 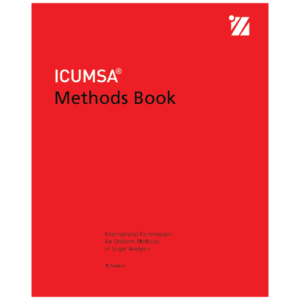 The ICUMSA Methods Book contains Methods, Tables and other information which are believed to be in use generally in the world’s sugar industry and are offered in pursuance of the objects of the Commission to provide an information service to members. In addition, there are other users and ICUMSA Methods are recognised by authorities such as the Codex Alimentarius Commission, the OIML, the EU and the US Food Chemicals Codex.  The last edition of the ICUMSA Methods Book was published in 2019.

The Methods Book is also available in

As was foreshadowed at the conception of the loose-leafed Methods Book, Supplements would be issued from time to time to:

•    revise existing methods where necessary; and